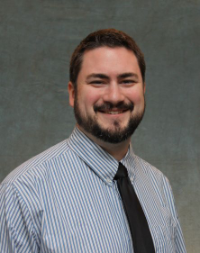 He is married to Debra Carol Steward. They have two children, Corrie and Trent, and one grandson, Luca.