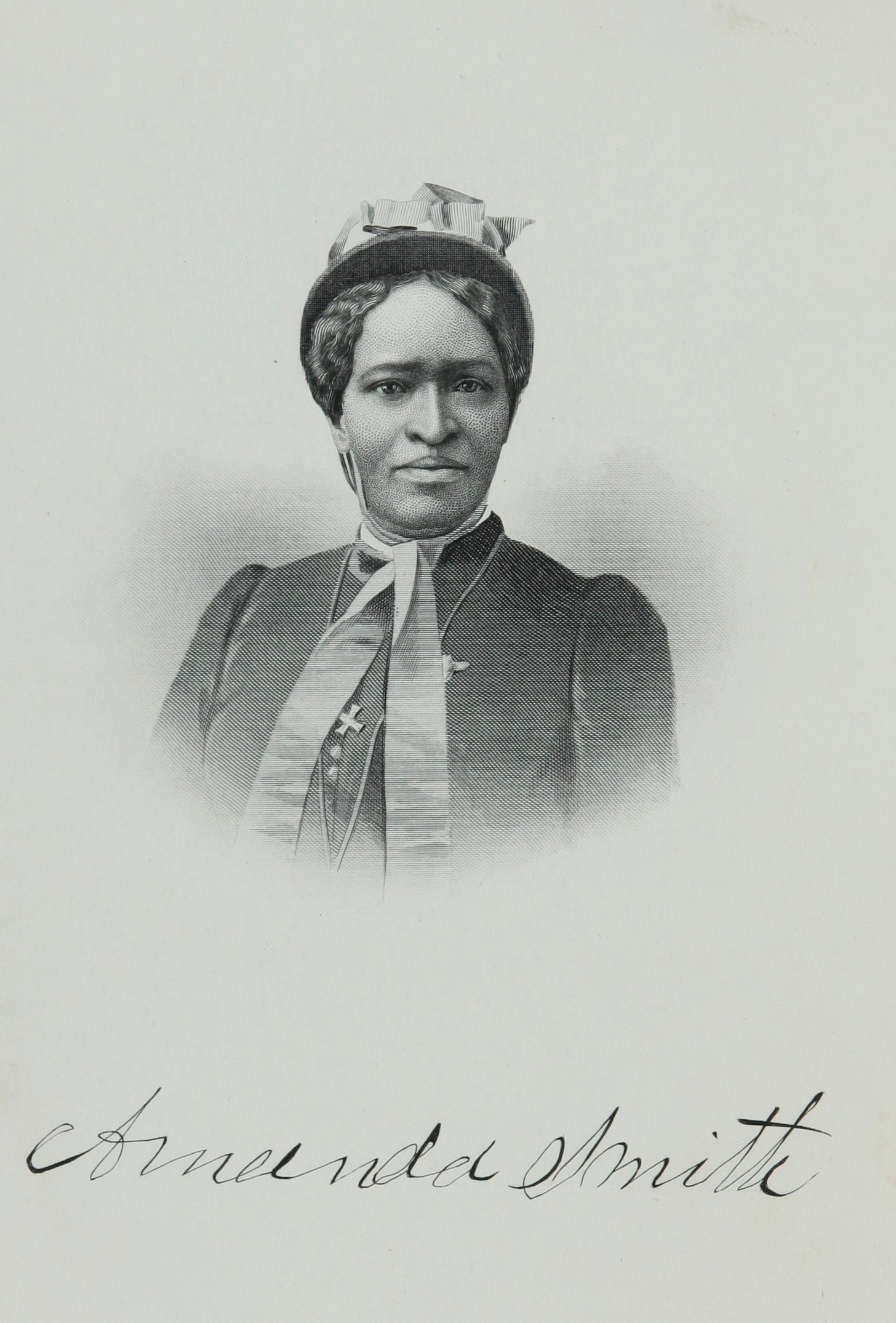 Born into slavery, Amanda Smith had a difficult life. He father worked to buy himself and his family out of slavery. She was given few opportunities for education and lost two husbands and her only two children during her younger years as she supported her family as a washerwoman. She experienced sanctification listening to Rev. John Inskip while sitting at the back of a white church. She would write of her life, “I often say to people I have a right to shout more than some folks; I have been bought twice, and set free twice, and so I feel I have a good right to shout. Hallelujah!” She recorded of her first camp meeting,

That camp meeting I shall never forget. How God gave me friends and blessed me. It was the first time I had ever been to a meeting of that kind. I had never heard such testimonials and such preaching on holiness. The Sunday morning Love Feast will never be forgotten. The Lord laid it on me to give my experience of how I found the great salvation, and as I spoke He blest me greatly and the people as well. At the close, Brother Inskip said they wanted five hundred dollars- I think that was the amount- for the expenses of the big tent. Some person proposed to divide the amount in shares, so there was a hearty and prompt response, for everybody seemed to be so happy, and in about ten or fifteen minutes they had the amount, and over. I wanted to give something, I was so glad and happy I thought I would like to give ten dollars if I had it, so I said, “Thou knowest, Lord, if I had it I would give it, do put it into somebody’s heart to give it for me.”

I had hardly uttered the prayer when dear old Brother John McGlynn stood up and said, “Ten dollars for that colored sister that just now spoke.”

Dr. Phineas Bresee, the founder of the Church of the Nazarene, invited Amanda Smith to speak at Asbury Methodist Episcopal Church in Los Angeles around 1891, and he noted,

“She preached one Sabbath afternoon, as I never heard her preach before, and as I have rarely ever heard anybody preach, in strains of holy eloquence and unction, almost equal to Bishop Simpson in the zenith of his power and sacred oratory. The Lord opened heaven on the people in mighty times of glory.”

Amanda Smith also spoke in England and was a missionary in India and Liberia. She was a major speaker at holiness camp meetings throughout her life.