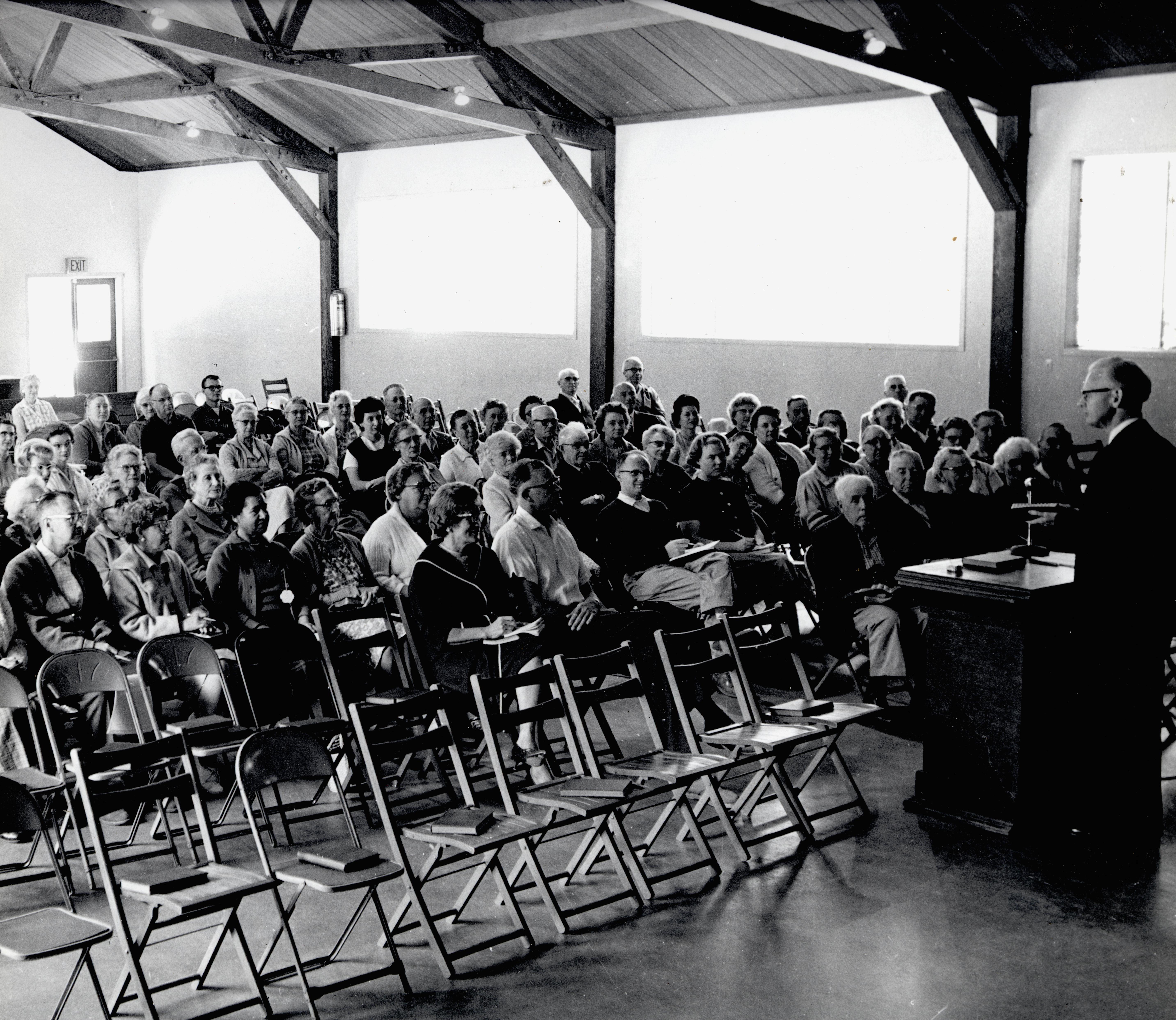 Photo of Frank Stanger at the Redwoods Camp Meeting (circ. 1950) 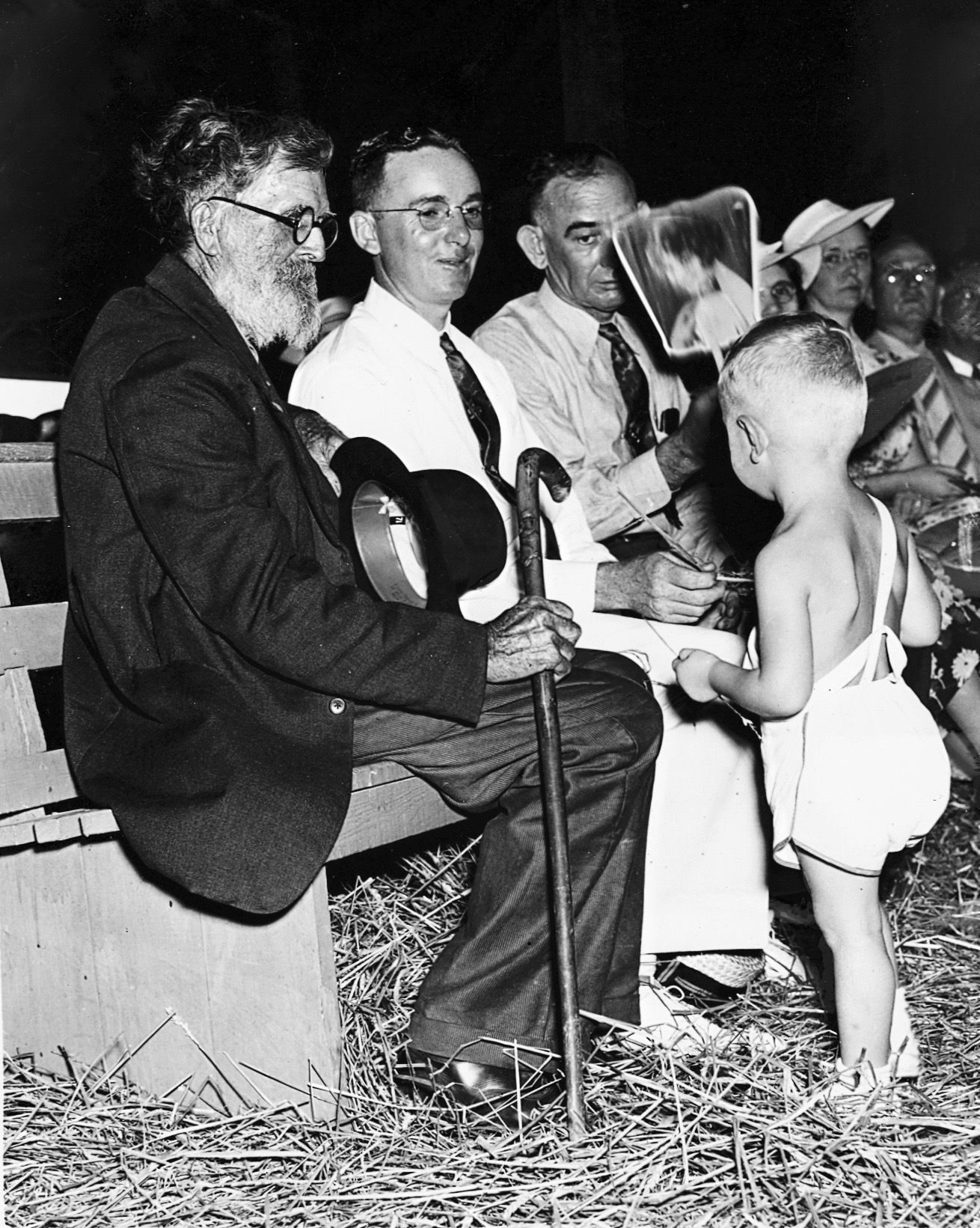 Religious services were conducted without air-conditioning on simple wooden benches with fresh straw on the floor. 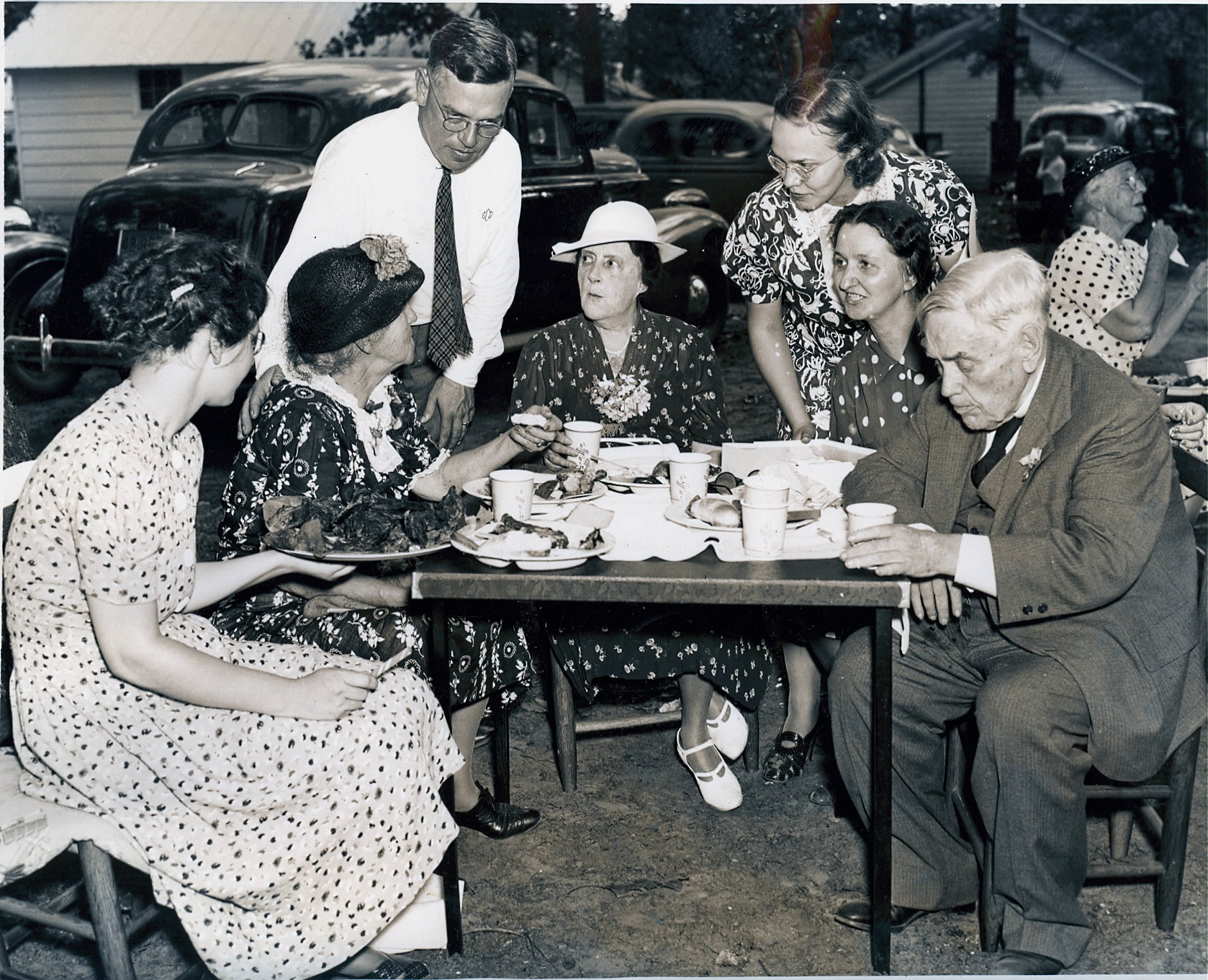 People gathered to socialize with friends and family that they may not have seen except during Camp Meetings. 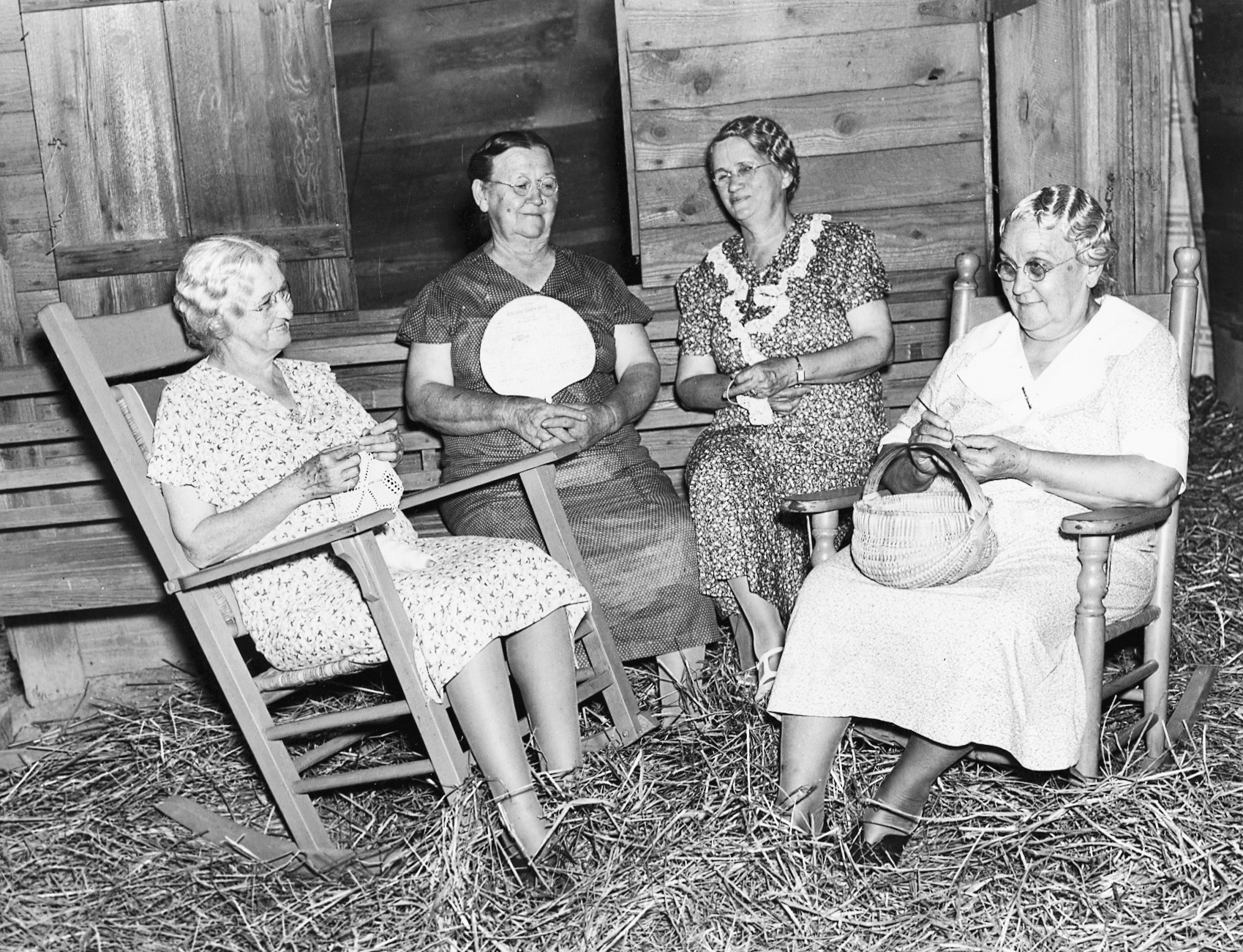 While living in crude wooden cabins or tents, women could trade crochet and knitting patterns as well as catch up on the news. 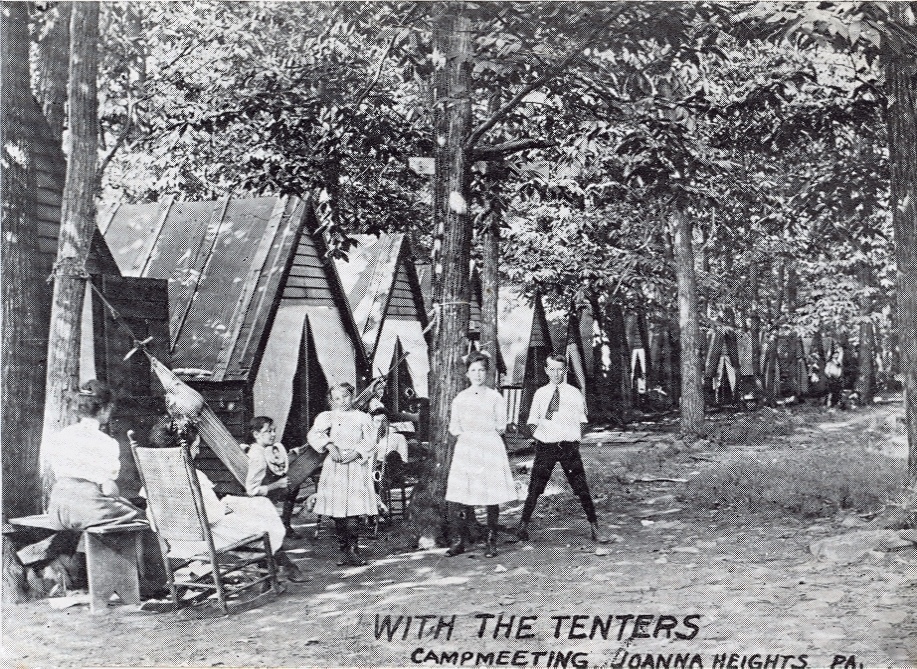 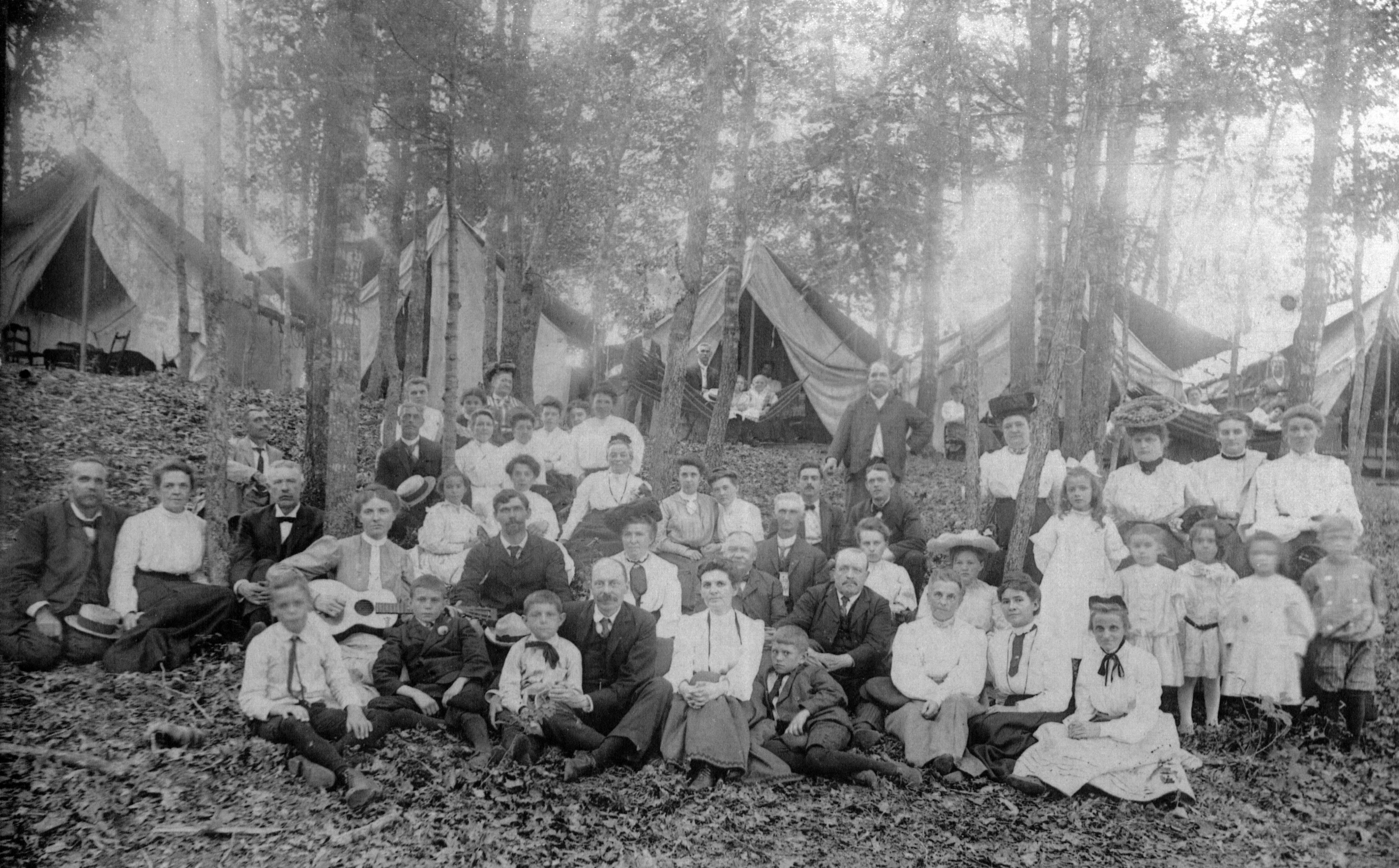 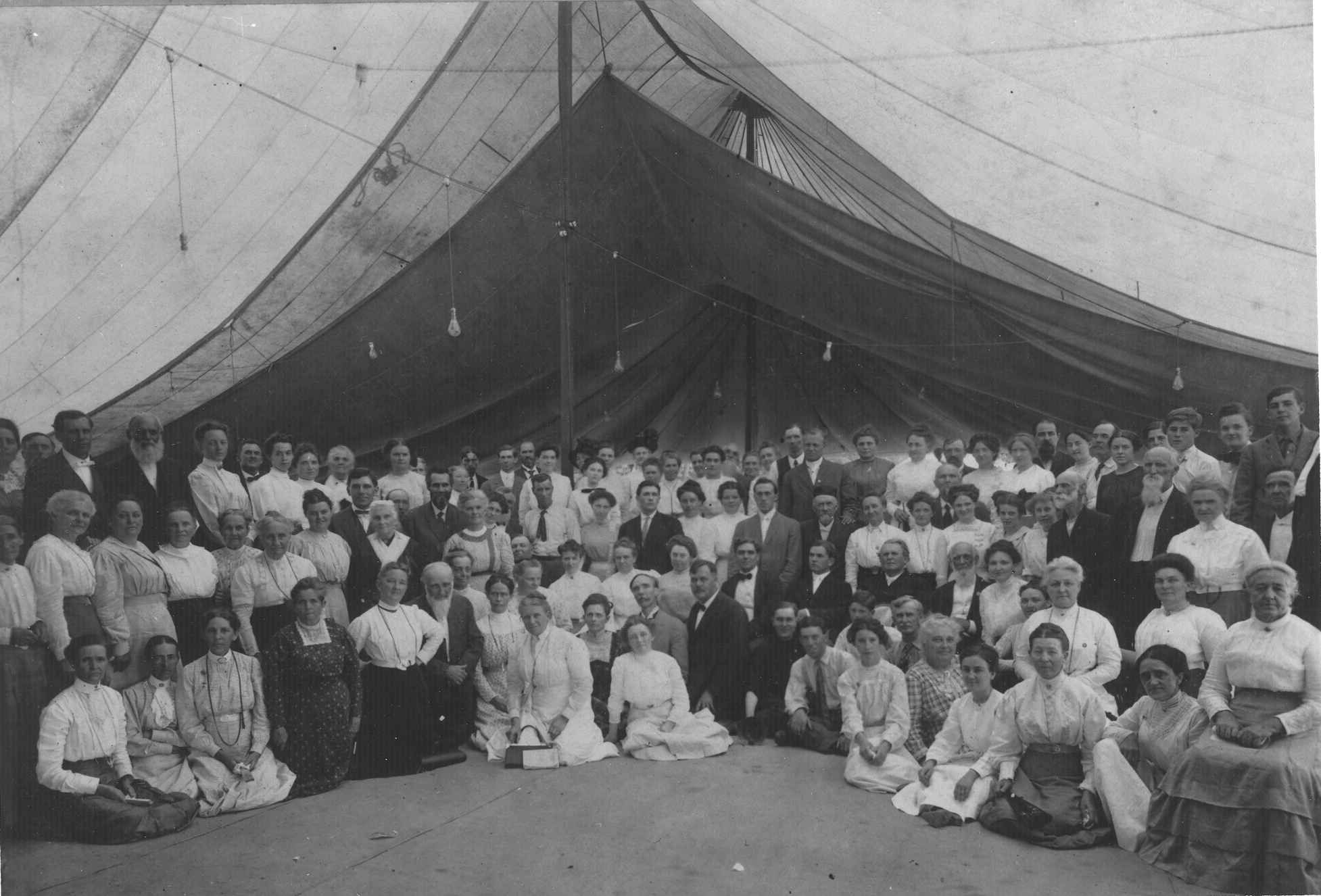 The camp meeting developed much of its character on the rural frontier of the United States. People tended to live far apart from each other and so social activities were important for the emotional well being of people. While the camp meeting itself was focused on the spiritual condition of people’s souls, it also served other needs as well. When people came together they swapped news, traded goods, and also spent time with other people.

Daily activities still had to continue, so food had to be prepared, horses watered tended, and children watched and cared for. Most of the recorded cases of the camp meeting don’t dwell much on these types of events, but they were a reality. An unknown news photographer took this group of photographs on August 17, 1938 in Salem, Georgia. Handheld fans mitigate the heat, as old and young alike listen to the speakers seated on rough benches with straw covered floors.

Women cluster together with crochet projects to share news and perhaps crochet patterns as they sit outside one of the rough cabins that would house a family on the campground. Women and men in their Sunday best also gather around folding tables to share food and fellowship in the summer heat.

These images come from a time when the camp meeting tradition was still strong, especially in rural areas of the United States. After about 1942 the National Holiness Association ended doing national camp meeting, although many local and region holiness associations continued to operate and hold regular camp meetings.

Kenneth Brown has argued in his 1992 book, Holy Ground: A Study of the American Camp Meeting, that the holiness camp meeting is still active and growing, writing, “It most emphatically is not dying out; new ones are founded almost every year.” But, in the past 25 years since Brown’s book, there is little evidence that the camp meeting is flourishing. In 2018, the Holiness Camp Meeting Directory (http://campmeeting.us/) lists only 121 active holiness camp meetings in 23 states.

With the growing reality of modern transportation, globalization, communication, and technology, the appeal of the nostalgic camp meeting of previous eras is passing. Despite this reality, the memory and historic influence of the camp meeting still lingers in American Christianity.