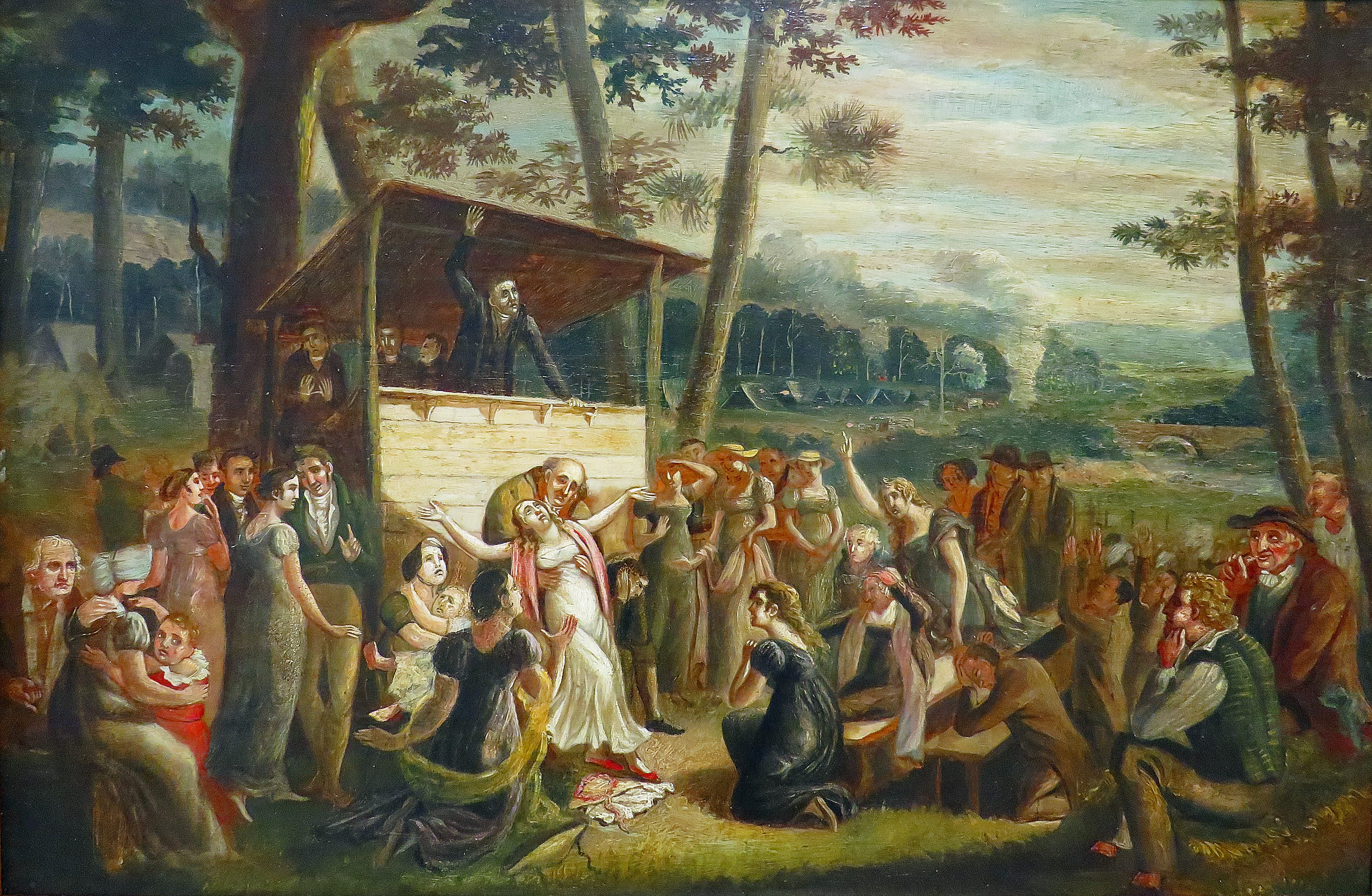 This painting, believed to be from an early camp meeting near Philadelphia is one of the first images of camp meetings known. It shows both the primitive nature of the preaching stand, the wild natural environment often chosen for these events, and the intense spiritual experiences for which these meetings were noted.

“Yesterday, and especially during the night, were witnessed scenes of deep interest. In the intervals between preaching, the people refreshed themselves and horses, and returned upon the ground. The stand was in the open air, embosomed in the wood of lofty beech trees. The ministers of God, Methodists and Presbyterians, united their labors, and mingled with the childlike simplicity of primitive times. Fires blazing here and there dispelled the darkness, and the shouts of the redeemed captives, and the cries of precious souls struggling into life, broke the silence of midnight. The weather was delightful; as if heaven smiled, whilst mercy flowed in abundant streams of salvation to perishing sinners. We suppose there were at least thirty souls converted at this meeting. I rejoice that God is visiting the sons of the Puritans, who are candid enough to acknowledge their obligations to the Methodists.”

Journal of Francis Asbury for October 21, 1800, recording his first encounter with a Camp Meeting in Tennessee