Domestication of the Camp Meeting: Home 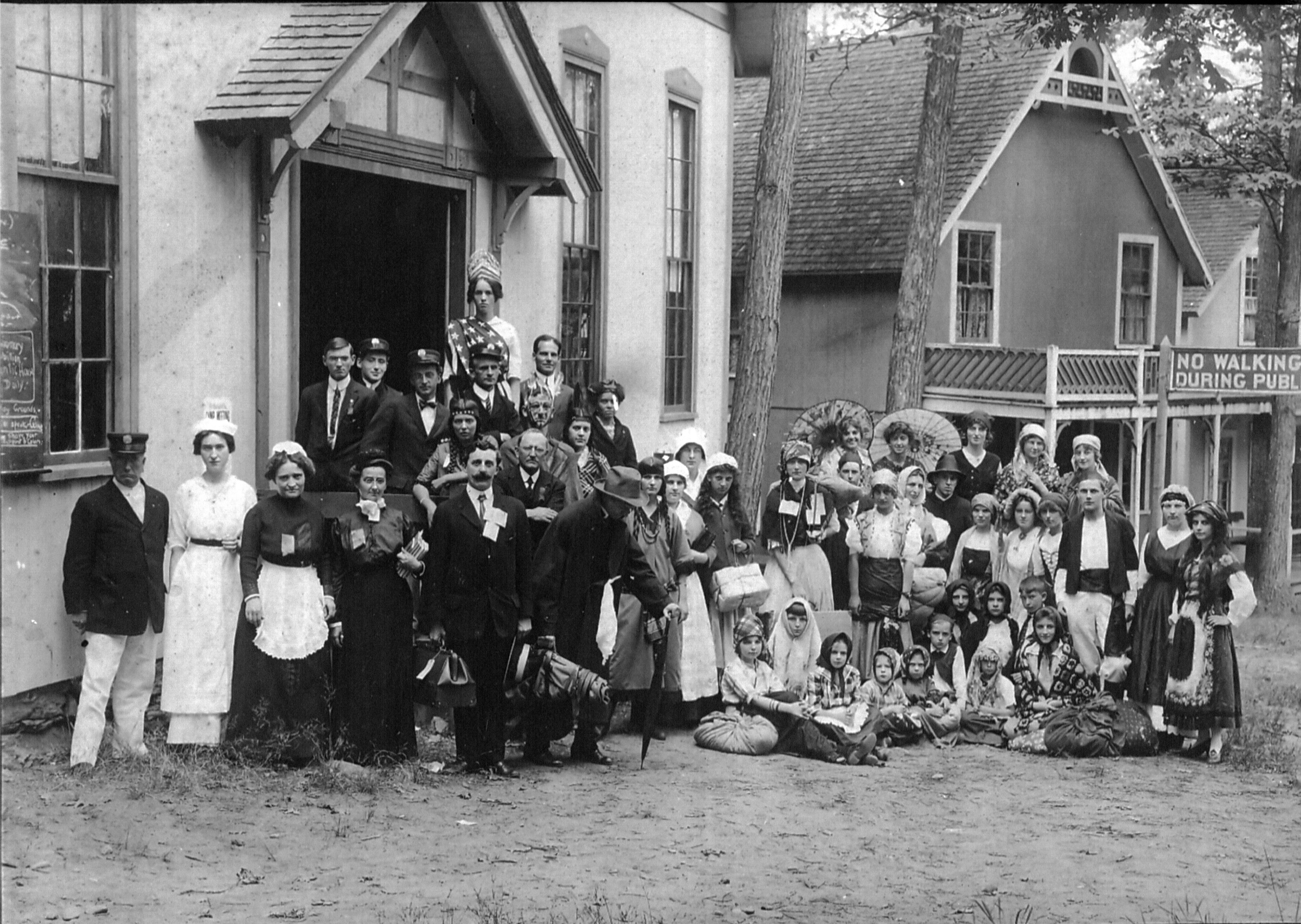 After the early camp meetings, which were scenes of great spiritual revival, things began to change. Their spiritual power and influence kept people returning to the same places year after year, and so permanent places for camp meetings were established and gradually tents began to be replaced by buildings for worship or dining. Then small permanent dwellings began to replace the tents of individual families. These spiritual events began to be transformed into popular vacation or holiday destinations, and the spiritual importance became secondary.

“When I first visited the encampment on Sunday last, there were probably, twenty thousand persons assembled within a circuit of three miles; and although the day was the blessed Sabbath, the scene, for a few hours, reminded me of the Fourth of July, minus fireworks and boisterousness. Everybody appeared happy, joyful, smiling; thousands of young and beautiful females, elegantly dressed, promenaded along green paths with young men, whilst an immense crowd listened attentively to eloquent and deeply impressive addresses from clergymen, whose only object appeared to be to save souls.

Many thousand persons visited the camp meeting merely to enjoy a day’s pleasure, and seemed to take not the slightest interest in the religious services; but not one individual interfered in any manner to interrupt or disturb the true worshippers beneath the bright-silver-and-blue canopy of heaven. There was a sacred circle of Christians within the great outside crowd, from whence went up to the great God fervent prayers from the heart, and great and ever-living biblical truths.”

A later report (1860s) from an outside observer recorded in Rev. H. Vincent, History of the Camp-Meeting and Grounds at Wesleyan Grove, Martha’s Vineyard, For Eleven Years Ending with the Meeting of 1869. Boston, MA: Lee and Shepard, 1870, p. 42.

Popular resorts, such as Oak Bluffs, Massachusetts, Ocean Grove, New Jersey, and Old Orchard Beach, Maine grew up around some of the old campgrounds. For others, the Chautauqua Movement became central, turning the old campgrounds into places for lectures to elevate the human spirit as well as a restful vacation spot.