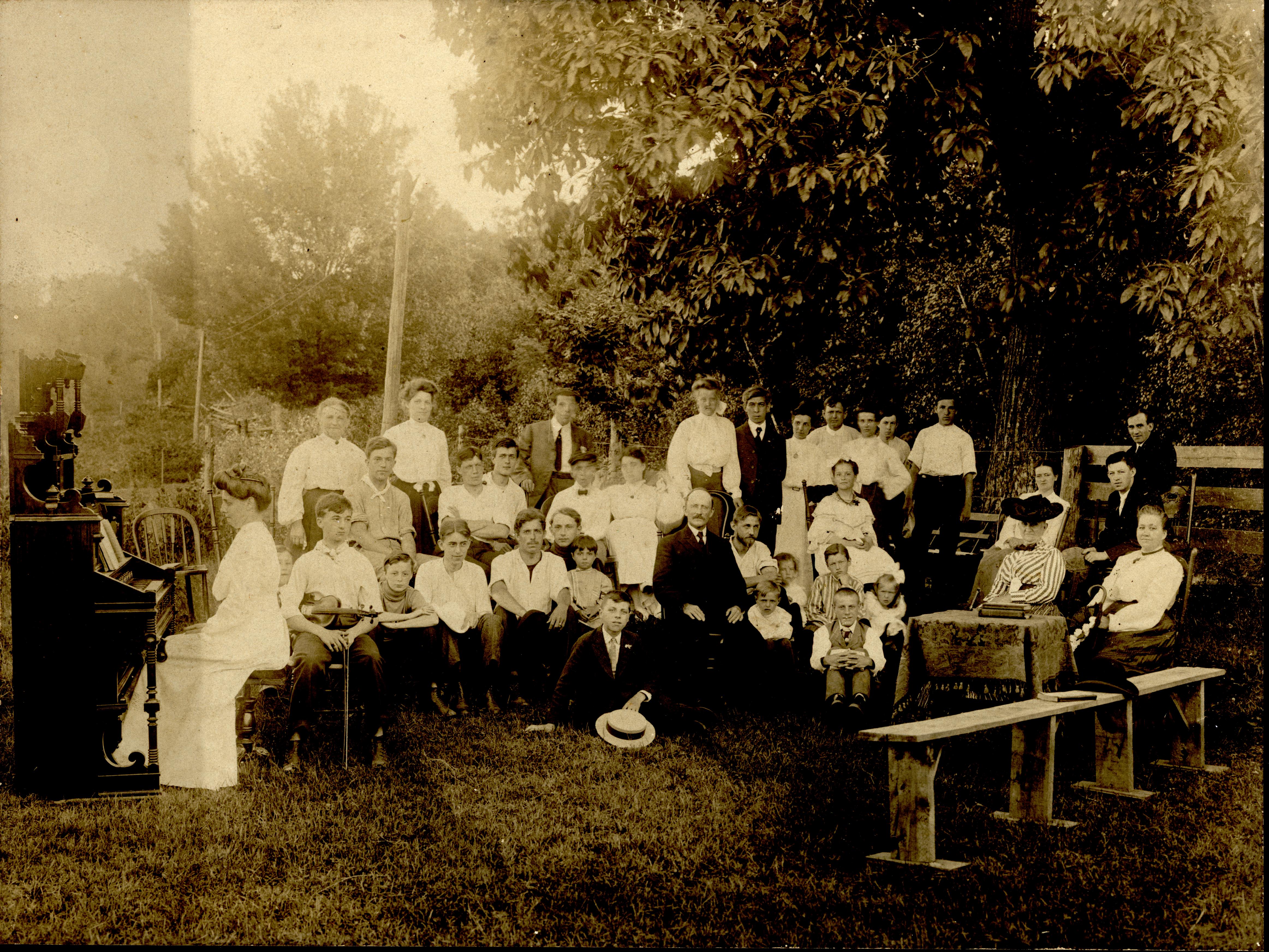 Perhaps one of the enduring aspects of the camp meeting tradition has been the emotional camp meeting music that continues to impact Christian worship. Early camp meetings used a “call and response” type of singing, which evolved into the traditional style of hymns with verses and choruses. Music leaders would sing a verse and the crowds would respond with the better-known choruses, and often this music would be based on folk or children’s tunes which were already known or easily learned. Much of the Church’s traditional hymnody in the United States developed from this camp meeting style of singing.

“Nowhere is Christian song so rich and so full of moral power, as in the forest temple. The blessed hymns which a succession of holy men have been inspired to write for the comfort and edification of the Church, how they sweep through the groves as with the melody of immortality! It is sublime! The soul is stirred to its profoundest depths. Sinners themselves are spellbound by the magic influence of a sweet song. Many a heart of adamant under its power is melted…

None, except those who have stood on a National Camp Ground, can have any conception of the effect produced at each opening service, when the president ascends the stand, and commences to sing,

‘There is a fountain filled with blood,’ etc.

Instantly the whole assembly is in unison with the strain, and it is rolled through the forest like a battle-hymn indeed. No tuning-fork or organ is necessary to help the musical flow. The people strike the right key at once, keep excellent time, and onward it moves with wondrous life and energy. The first verse opens to view at once the plentitude of gospel-grace, and the depth and fullness of the fountain of redemption. Each eye discerns it; each heart exults at the unfolding.”