/* */ Skip to Main Content
It looks like you're using Internet Explorer 11 or older. This website works best with modern browsers such as the latest versions of Chrome, Firefox, Safari, and Edge. If you continue with this browser, you may see unexpected results. 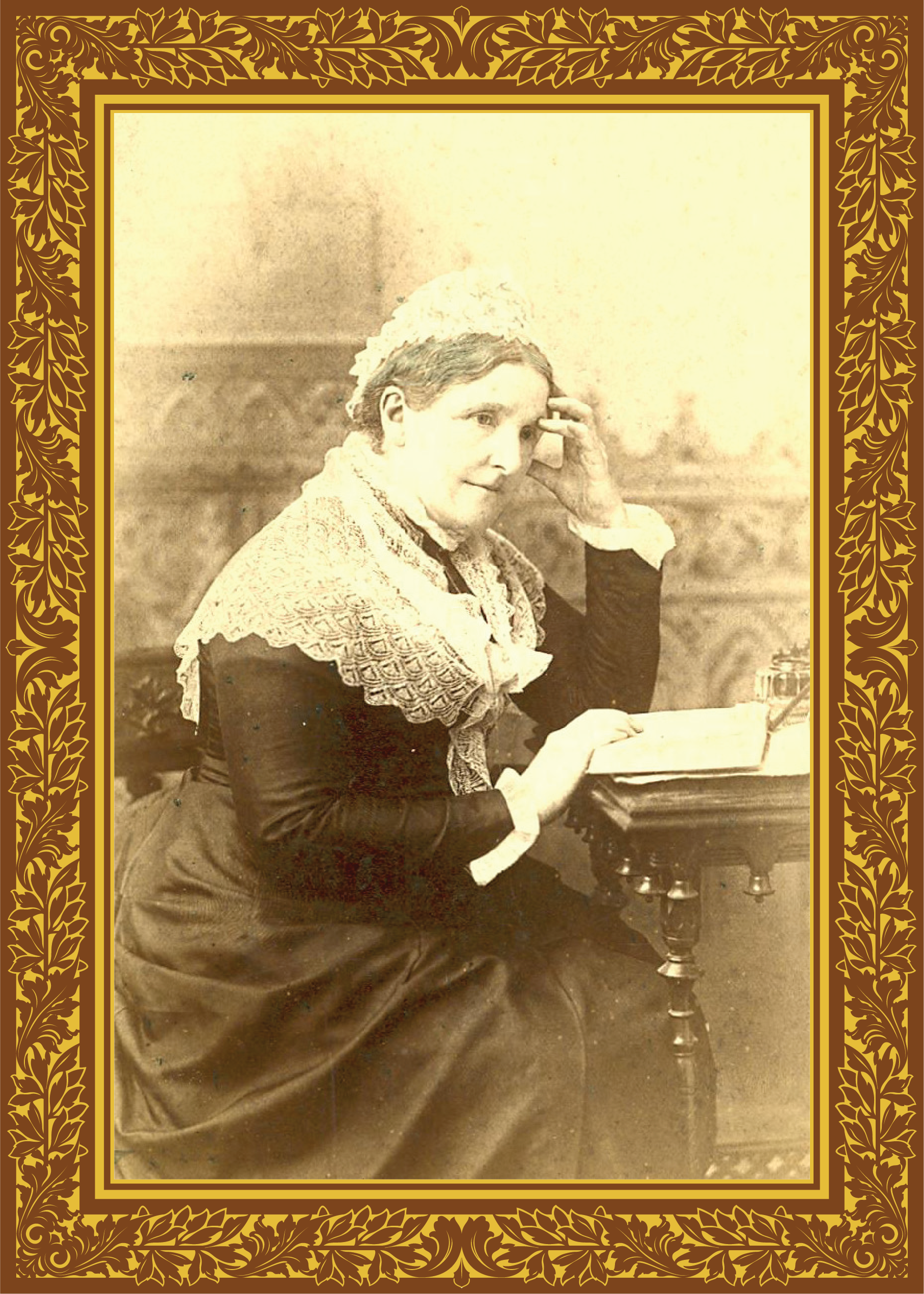 Born to Quaker parents in Philadelphia, Hannah and her husband, Robert Pearsall Smith, were married November 5, 1851. After a conversion experience in 1858, both Hannah and her husband became involved in trying to understand their experience of sanctification through interactions with the Plymouth Brethren and the Methodists. While remaining true to her Quaker roots, Hannah was also influenced by William E. Boardman (author of The Higher Christian Life – 1858) and through his mentoring, both she and her husband became public speakers advocating the Higher Life and ultimately the Keswick Holiness movements.

In 1873-74, Hannah and her husband travelled to England where they spoke in many places about the topic of holiness and the sanctification experience. While in England, Hannah and Robert were asked by Lord and Lady Mount-Temple to speak at the Broadlands Conference held at their estate. The Keswick Conventions in England emerged out of this event and Hannah and Robert were a crucial part of the spread of the Holiness Movement to England.

In 1874 Hannah also helped found the Women’s Christian Temperance Union, where she was a close friend of the second president Frances Willard. Hannah would serve in several offices in the organization and played an instrumental role in introducing Willard to Lady Henry Somerset, who would become the leader of the movement in Britain, and later the World’s Women’s Christian Temperance Union.

In 1875, Hannah and Robert returned to England and held important holiness meetings in Brighton. These meetings ended early due to Robert’s sexual indiscretions. Both Robert Pearsall Smith’s adultery and Hannah Whitall Smith’s growing feminism would be an ongoing source of discord in their relationship. The couple had seven children, but only three survived to adulthood. One daughter, Alys Pearsall Smith, married the Nobel Laureate and philosopher Bertrand Russell.

In 1889, Hannah joined Frances Willard, Susan B. Anthony, Elizabeth Caddy Stanton along with women leaders from 53 organizations and 9 countries in Washington D.C. to help form what would become the International Council of Women, the first international women’s organization. This was a reflection of her growing interest in the Suffrage Movement and the rights of women in general.

Hannah Whitall Smith also made her mark as a major Christian writer. Her holiness classic, The Christian’s Secret of a Happy Life, written in 1875 has been, and continues to be, one of the most popular books by a holiness writer around the globe. It has been a source of spiritual encouragement for generations of Christian believers.

While Hannah has been criticized by some in the Holiness Movement for some of her theological views on Christian Universalism, and what is sometimes seen as a rejection of her sanctification experience, others see this more as a growth in her understanding of holiness and how it impacts people. She is also seen as returning in some fashion to her Quaker roots. Her interest in “fanaticism,” or people who expressed a sanctification experience but took its teachings in unorthodox directions, made her an almost scientific scholar of the subject as expressed in her “fanaticism files.” However her legacy may be interpreted, Hannah Whitall Smith remains a pivotal figure for understanding the role of women in the Holiness Movement in both the United States and England.